This story originates in the distant small village of Etherland, in the south of United States of Cryptonia (USC), but the story will not be mainly about the village, and not even about its inhabitants, the story will be about sincere courage and absolute love for a sweet home. Etherland is a small cozy picturesque village surrounded by high mountains with snow-capped peaks, small lakes with crystal clear water, shaggy, majestic century-old trees and endless green meadows, where all the younger generations of local inhabitants frolic endlessly. By the way, please meet - Gasmonsters, cute, amiable creatures who love nature, fine dining in big amounts , looking at the stars, chasing butterflies and playing hide and seek. And it seems nothing could destroy this idyll, but no matter how… United States of Cryptonia, the largest center of modern technologies, began to expand at an unprecedented pace, new, revolutionary technologies and scientific discoveries began to appear in almost every yard. It would seem, what&rsquos wrong with that? But every event has two sides of the coin, and technological progress is no exception, the flip side of which is the harmful emissions that are released into the atmosphere as a result of the consumption of Gas necessary to maintain its continuous progress. «But what do our carefree Gasmonsters have to do with it?», you ask. The most direct - I will answer you, remember I told you that Gasmonsters adore nature? Therefore, it is absolutely logical and natural that they could not calmly observe its pollution, and they decided to enter this unequal struggle for its salvation!

But where exactly did it all start? Here is how it began. On an ordinary sunny day, the Gasmonster family, as usual, was preparing for their third dinner, they were in a hurry, because in an hour they had a fourth dinner planned and they had to make time to eat the third, when suddenly a sad father entered the house holding a handful of fallen leaves. It seemed, What&rsquos sad about that? Nothing, if not for one BUT. Outside the window was the beginning of summer. The next morning, the father left, leaving a note on the table: “I must do this for you, us and nature, I cannot do otherwise. I love you, your dad Gary.” From that moment, the great confrontation between the Gasmonsters and Gas began.Everyone in the village wanted to follow Gary, everyone, from the youngest to the oldest, but no one knew what awaited them there and what they needed to be prepared for. So for a start, several of the largest and strongest Gasmonsters were sent to help him and all the inhabitants of Etherland were waiting for their return with a detailed account of the situation. But days passed, then weeks, but no one returned, unrest in the village had increased and almost reached a critical point, when suddenly the call of sentries was heard in the distance, announcing a non-standard situation.

After a few minutes all the villagers were near them, and a picture appeared in front of them - a dragon robot lay motionless on the ground, it was very similar to Gasmonsters, but it was a robot, and no one could understand who or what it was, the sentries said that they found it here in the same condition. The villagers began to argue what to do with him, someone offered to take him to the village and try to help him, others said that it could be dangerous and offered to leave him here, but then there was a voice similar to Gary’s, who whispered: “pick me up”. Everyone began to look around, in search of Gary. “Pick me up” he repeated again, and now everyone understood that it was the robot speaking, the robot that Gary became. A few days later, Gary felt better and told about everything. He said that on the territory of USC there is a huge number of gas storages and everything connected with them, and he and other Gasmonsters realized that only by destroying them and eating as much gas as possible, they can deal with the consequences of its detrimental effect on the environment. He also said that it turned out that by eating gas they absorb its technical component and begin to turn into more scientifically advanced organisms, namely Robotic-Gasmonsters, “This is the price of our struggle,” added Gary. But this medal also has a downside. Robotic-Gasmonsters become immortal, and this news can be called relatively good. After these events, life in the village seemed to be the same, residents decided to start training Gasmonsters to fight gas from childhood, so that by the time they became adults, they were already fully prepared to fight for the purity of the planet, although in their opinion they were ready from birth and eager to help their adult comrades, but their mothers explained to them that first they need to grow up and get stronger, and when they become big and strong, like their fathers, they will definitely be able to contribute to the struggle to cleanse the planet from Gas.

I hope that this story will not have an end, and if it does, only a happy one. And each of you can help with this, do not waste your gas, grow up Gasmonsters to save our planet! 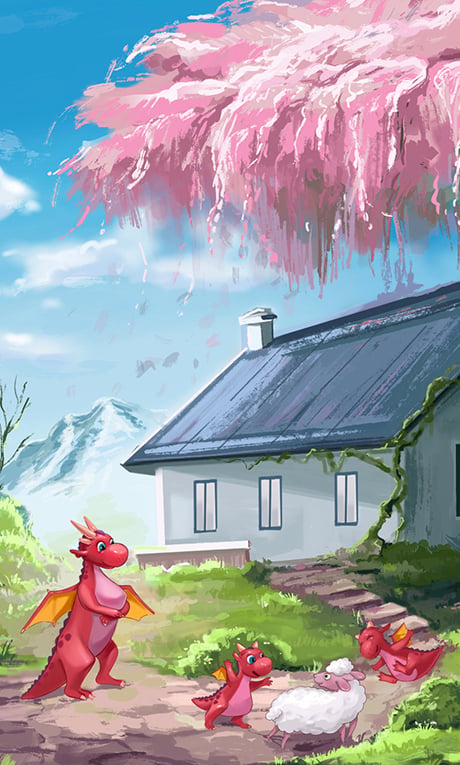